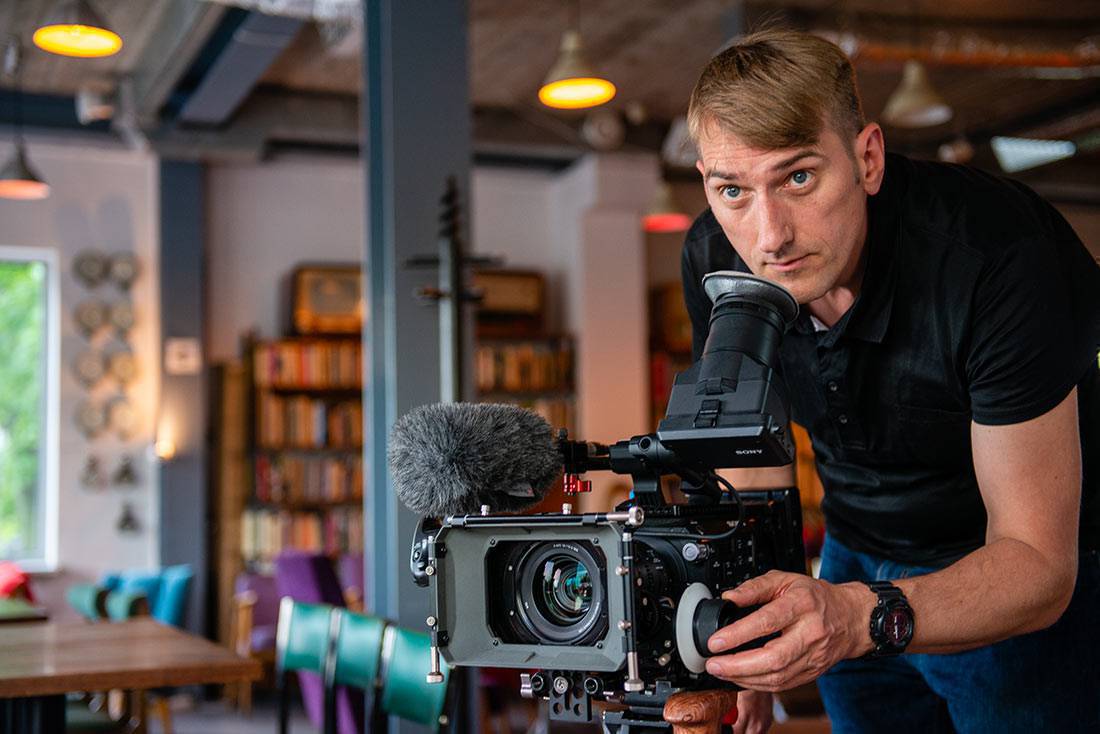 Cameraman Uwe Schwarze studied „Visual communication” at the University of Art in Berlin. His main focus was on photography, experimental and documentary filmmaking. During his studies he already worked as a freelance cameraman and editor for the broadcasters n-tv, N24 and Pro Sieben/Sat 1.

In 2001 he founded the film production company Basiliscus Production, which is now run by him and Stephanie Drescher under the name Basiliscus Film. Since then he produced numerous documentaries, reportages and corporate films.

Since his studies he is interested in graphic design, typography and art. The examination of these different topics influences and enriches his daily work. Uwe Schwarze worked all over the world as a cameraman. He speaks German and English.